Canada is the second largest country in the world in land mass after Russia and it occupies most (41%) of the northern portion of North America. Though the total land mass is close to 10,000,000 sq km, only a small portion of Canada is populated, with the vast majority (85%) of the approximately 33 million people living within 150 km of the southern border it shares with the United States.

That leaves the rest of the country mostly untouched by human development. Just pure Canadian wilderness and abundant nature scenery, filled with wildlife roaming about undisturbed in their own natural habitat... perfect for explorers, adventurers, and nature lovers.

Northern Canada’s nature scenery has vegetation tapering from coniferous forests to tundra and finally to Arctic barrens in the far north. The northern Canadian mainland is mostly comprised of the mighty Canadian Shield, an ice-scoured area of Precambrian rocks surrounding Hudson Bay and covering half the country. It's also referred to as the Precambrian Shield, named after the Precambrian Era of 100’s of Millions of years ago. The Canadian Shield expands to 1000’s of square miles of exposed rock, tundra and boreal forest which spans from north of the Great Lakes up to the Arctic Ocean. Known as the only part of North America to have been permanently elevated above sea level, there is an abundance of timber and minerals (ore) available throughout.

Canada's nature scenery offers 42 National Parks, covering more than 225,000 square km of the surface, which is 2.2% of the country's total land mass. The majority of Canada's topography is mountainous, and the main mountain region is referred to as the Western Cordillera. It spans from western Canada's provinces of British Columbia and Alberta, as well as the Yukon and Northwest Territories. Every province has a different degree of mountainous terrain, but the largest and most impressive include the Appalachians, the Coast and Rocky Mountains of BC, and the St. Elias Mountains in the Yukon, including Mount Logan, which is the highest point in Canada at an elevation of 5,959 meters.

On the other hand, Canada's nature scenery and topography goes from mountains high to the flatlands of the prairies in Alberta and Saskatchewan, where the horizon literally stretches for as far as the eye can see. Canada is also blessed with some of the world's greatest growing land, where the agricultural industry thrives throughout most of the country, making it a farmer's paradise.

It can also pride itself on having the longest coastline in the world at 243,000 km. This is no surprise, considering that 4 of Canada's 10 provinces are islands (Newfoundland, Prince Edward Island, New Brunswick and Nova Scotia). Canada also has more freshwater lakes than any other country, which makes it home to a large percentage of the entire world's freshwater supply.

Aside from mountain ranges and prairies, western Canada's nature scenery includes large bodies of water, such as the large Lake Winnipeg, the mighty Fraser River, the Saskatchewan river (which drains into Lake Winnipeg), and the Mackenzie River. The latter is the longest river in Canada at 1,738 km, flowing from Great Slave Lake in the Northwest Territories and emptying into the Arctic Ocean.

Great Slave Lake, Great Bear Lake, Lake Superior and Lake Huron
are the 4 largest lakes in Canada, with Lake Superior and Lake Huron being part of the “Great Lakes”. It consists of 5 bodies of water, of which 4 are located in or are bordering Canada. Lake Ontario and Lake Erie are also part of the Great Lakes, as is Lake Michigan, which is the only one solely bordered within the USA. Canada is also home to the Niagara Falls in Ontario, as well as the impressive Virginia Falls in the Northwest Territories. This waterfall is twice as high, though not nearly as grand, as the legendary Niagara Falls.

Eastern Canada boasts of the mighty Saint Lawrence River, which widens into the Gulf of Saint Lawrence that extends to the island of Newfoundland. New Brunswick and Nova Scotia are divided by the Bay of Fundy, which is known for experiencing some of the world's largest tidal activity.

Canada's vast and diverse geography expands from the Pacific Ocean to the west, the Atlantic Ocean to the east, and the Arctic Ocean to the north, with the United States on its southern border. From sea to sea to sea, and within its borders, there is plenty of nature scenery to be seen in this beautiful country. 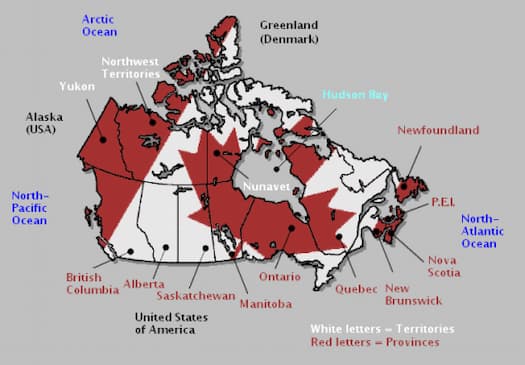 Canada comprises of ten provinces and three territories. The nation's capital is Ottawa in Ontario. Canada is a Constitutional Monarchy, England is its Head of State, and the Governor General is the Queen's representative in Canada, but the Prime Minister governs the country. Canada is a sovereign country, and the Governor General's role is merely of constitutional and ceremonial importance, although she is in fact the representative of the Queen, who is the only member of the Royal Family with any constitutional role, holding ultimate executive authority.

The major difference between the provinces and the territories is that the province gets its power and authority directly from the Crown, whereas the territories receive it from the federal government. Explore each area to see what adventures (nature scenery and wildlife) they have to offer. Each area of nature scenery and wildlife is divided in the following geographical parts:

Provinces (including capitals and largest city):

- Ontario - Toronto (this capital is also the largest city in the country, followed by Montreal and Vancouver; Ottawa is the nation's capital)
- Quebec - Quebec City - Montreal

Atlantic Canada (including the Maritimes):

- Newfoundland and Labrador - St. John's (capital is the largest city)

Note: Central and Atlantic Canada are also referred to as Eastern Canada.

(The capital is also the largest city, though they're more like towns)

Note: The three territories may also be referred to as Northern Canada, or, when talking about the Far North, the Canadian Arctic or the Great White North.

With all of its beautiful nature scenery and structural makeup within such a large boundary, Canada is truly a geographic wonder. From Coast to Coast, with every province feeling like a new country, Canada takes pride in such a diverse landscape, it makes it one of the most beautiful, most livable countries in the world! So, go on and explore its vast landscape and majestic nature scenery. :)

With so many lakes and such a large coastline, it's not surprising that yachting is popular in Canada. Yachts can vary greatly in price, with the simplest models costing a few thousand dollars, while the newest Princess Yachts for sale cost in the millions. 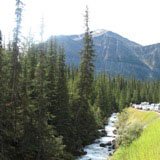 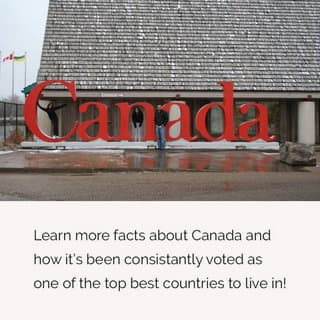