A Brief History of Canada

Knowing about the history of Canada may prove to be helpful if you're about to become a Canadian citizen, because it's part of the citizenship test. It's also a good idea to know about Canada's background if you intend to make this country your future home.

There are no limits to the majestic future which lies before the mighty expanse of Canada with its virile, aspiring, cultured, and generous-hearted people."
-Sir Winston Churchill

From First Nations to a very diverse nation, Canada's journey has not entirely been a peaceful one, yet it's known as one of the most peaceful countries in the world today. In the following pages you'll learn about the creation of this beautiful country as it is today.

The name ''Canada'' is derived from a St. Lawrence Iroquoian word meaning "village" or "settlement". In 1535, inhabitants of the present-day Quebec City region used the word to direct explorer Jacques Cartier toward the village of Stadacona. However, Cartier's "Canada" referred to not only the village, but to the entire area subject to Donnacona, Chief at Stadacona. By 1545, European books and maps accepted this region as Canada.

The French colony of Canada referred to the part of New France along the Saint Lawrence River and the northern shores of the Great Lakes. Later, it was split into two British colonies, called Upper Canada and Lower Canada until their union as the British Province of Canada in 1841. 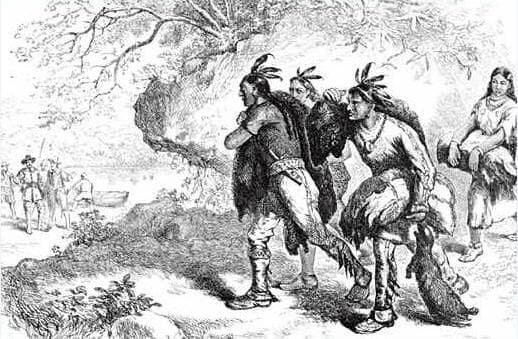 Upon Confederation in 1867, the name ''Canada'' was adopted for the entire country, and was often referred to as the ''Dominion of Canada'' until the 1950s. As Canada claimed its political autonomy from Britain, the federal government started using ''Canada'' on legal state documents and treaties. The Canada Act 1982 refers only to "Canada" and, as such, it is currently the only legal (and bilingual) name. This was reflected in 1982 when the national holiday was renamed from Dominion Day to Canada Day.

Since this is only a brief history of Canada, I will only describe significant events and important dates in Canada's history. I've divided the history of Canada into the following periods:

For a very short, condensed version, please watch this funny clip I found on YouTube: