Canadian Media & Websites: an Inside Scoop of Canada

Canadian media provides an excellent picture of what Canada is all about. If you would like to get an inside scoop of Canada, you should read and/or watch the main Canadian newspapers, Canadian magazines, Canadian Television channels, etc.

Here is a list of the main Canadian media sources that can help you broaden your knowledge about Canada, but I'd like to highlight the ones that are my favourite news channels, programs and magazines, that help me stay up to date about what's going on here.

Since elections started simultaneously in the USA and here in Canada in 2008, I became very interested in politics. I soon felt that the Canadian Broadcasting Corporation (CBC), a government funded broadcaster, was a little too biased towards one of the oldest political parties of Canada. I then switched to CTV News Channel (previously CTV News Network). I especially like to watch Power Play, where Don Martin, the host, talks about all the major news events of the day (mostly politically related). 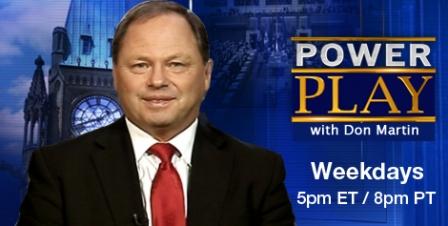 I also like to catch up online on CTV's website, when I want to read about other people's opinion on certain news articles, or when I've missed an episode of Power Play.

Other Canadian media sources that capture my attention are Maclean's magazine and the Canadian Living magazine. The latter is more about Canadian culture and lifestyle. For political junkies, there is CPAC.

As for newspapers, some of the big ones are the Toronto Star (with the highest circulation), and the two major national newspapers of Canada, the Globe and Mail, and the National Post.

Once in a while I also check out the CBC website, just to see how they spin certain news articles. To get a complete picture of something, it's good to see different views about it and then form your own opinion.

Even though I don't often watch CBC news, I do watch some of their other programs like the Rick Mercer Report, who puts a funny spin to current affairs and politics. I also watch some of their documentaries about Canada's history or other Canadian matters. CBC also hosts comedy programs like Just for Laughs Gags (where they pull pranks on unsuspecting people) and Just for Laughs (presenting popular stand-up comedians from Canada and other parts of the world). CBC also broadcasts Hockey Night in Canada, a program millions of Canadians are hooked on.

So go ahead and explore these Canadian media sources to enhance your knowledge about Canada.