:) Canadian Jokes;
Funny Canadians and Their Sense of Humour

Have you heard some of the funny Canadian jokes reflecting the sense of humour of Canadians? And have you noticed I spelled it as "humour" and not as "humor" like the Americans do? This is another thing that sets Canadians apart from Americans. Canadian English is based more on British English, although it has many other influences, amongst which influences from its neighbour, the Americans. But let's get back to the Canadian jokes topic... eh? 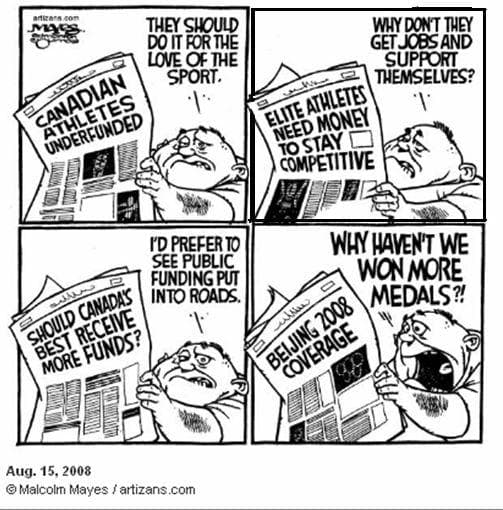 Following are some of the most common Canadian jokes and humour about this country and its citizens:

Hey.
I’m not a lumberjack or a fur trader
And I don’t live in an igloo
Or eat blubber or own a dog sled
And I don’t know Jimmy, Sally or Suzy from Canada, although
I’m certain they’re really, really nice.
I have a Prime Minister, not a President
I speak English and French, not American
And I pronounce it “about,” not “aboot.”
I can proudly sew my country’s flag on my backpack.
I believe in peacekeeping, not policing
Diversity, not assimilation
And that the beaver is a truly proud and noble animal.
A toque is a hat
A chesterfield is a couch
And it is pronounced zed, not zee, ZED!
Canada is the second largest landmass
The first nation of hockey
And the best part of North America!
My name is [insert your name here]
And I AM CANADIAN!

Another popular list that falls under Canadian jokes is this one:

A few of my own Canadian jokes adding to the above list, which actually have more of a culture shock element to it:

Here is what Jeff Foxworthy has to say about Canucks:

You may be living in Canada if:

Some of these driving jokes would definitely scare a Titlemax agent and lower your chances of getting a title loan on your car. No Titlemax agent would ever advise a driver to take their vehicle out in a blizzard, let alone speeding at 90 km/hr during one. 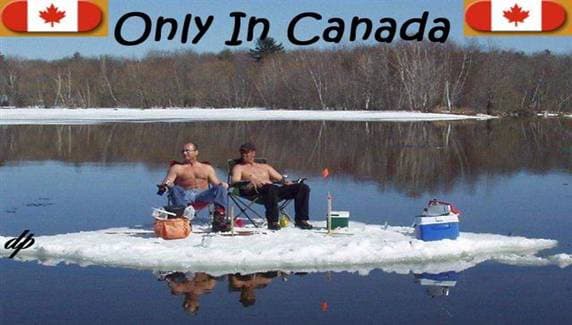 From Canadian Jokes to Canadian Sarcasm

Vancouver hosted the 2010 Winter Olympics and the following are some silly questions asked by people from all over the world.

Believe it or not, these questions about Canada were posted on an International Tourism Web site. Obviously the answers are not to be taken seriously, but the questions were really asked and are now another addition to the collection of Canadian jokes!

Q: I have never seen it warm on Canadian TV, so how do the plants grow? (England)
A. We import all plants fully grown and then just sit around and watch them die.

Q: Will I be able to see Polar Bears in the street? (USA)
A: Depends on how much you've been drinking.

Q: I want to walk from Vancouver to Toronto. Can I follow the Railroad tracks? (Sweden)
A: Sure, it's only 4,000 miles, take lots of water.

Q: Is it safe to run around in the bushes in Canada? (Sweden)
A: So it's true what they say about Swedes.

Q: Are there any ATM's (cash machines) in Canada? Can you send me a list of them in Toronto, Vancouver, Edmonton and Halifax? (England)
A: What, did your last slave die?

Q: Can you give me some information about hippo racing in Canada? (USA)
A: A-fri-ca is the big triangle shaped continent south of Europe. Ca-na-da is that big country to your North… oh forget it. Sure, the hippo racing is every Tuesday night in Calgary. Come naked.

Q: Which direction is North in Canada? (USA)
A: Face south and then turn 180 degrees. Contact us when you get here and we'll send the rest of the directions.

Q: Can I bring cutlery into Canada? (England)
A: Why? Just use your fingers like we do.

Q: Can you send me the Vienna Boys' Choir schedule? (USA)
A: Aus-tri-a is that quaint little country bordering Ger-ma-ny, which is... oh forget it. Sure, the Vienna Boys Choir plays every Tuesday night in Vancouver and in Calgary, straight after the hippo races. Come naked.

Q: I have developed a new product that is the fountain of youth.  Where can I sell it in Canada? (USA)
A: Anywhere significant numbers of Americans gather.

Q: Can you tell me the regions in British Columbia where the female population is smaller than the male population? (Italy)
A: Yes, gay nightclubs.

Q: Are there supermarkets in Toronto and is milk available all year round? (Germany)
A: No, we are a peaceful civilization of Vegan hunter/gathers. Milk is illegal.

Q: I have a question about a famous animal in Canada, but I forget its name. It's a kind of big horse with horns. (USA)
A: It's called a Moose. They are tall and very violent, eating the brains of anyone walking close to them. You can scare them off by spraying yourself with human urine before you go out walking.

Q: Will I be able to speak English most places I go? (USA)
A: Yes, but you will have to learn it first.

There you have it, pure sarcasm as part of these Canadian jokes. 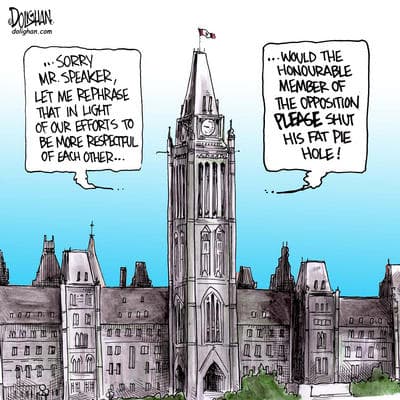 As a final part to this Canadian jokes section I'd like to ask you: How do you spell Canada?
Answer: C-Eh!-N-Eh!-D-Eh! And this is how this joke originated:

The original name for Canada, dreamed up by a parliamentary committee in London, was "Cold North Dominion," but that was too long, so they abbreviated it to C.N.D. The King's Royal Governor presented the new name to the inhabitants, but they didn't say a word. "Well, what do you think?" asked the Royal Governor? "C, eh?" said the first fellow, and just looked at the Governor. "N, eh?" says the second guy. "D, eh?" says a third one. Then silence. "Hey," says the Governor. "I like that. It's a helluva lot easier to pronounce when you spell it that way." And that's how Canada got its name. :)

Go Canada! Hope you have enjoyed these Canadian jokes and humour. :)